Michael Blaney serves as Director of Orchestral Activities, Conductor of the UL Lafayette Symphony Orchestra, and Instructor of Violin at the University of Louisiana-Lafayette. He received his Bachelor of Music from the Peabody Conservatory and two Master of Music degrees from the University of Michigan. His violin teachers include Paul Primus, Daniel Heifetz, Sylvia Rosenberg, and Paul Kantor. Mr. Blaney has studied conducting with Fredrick Prausnitz and Mariusz Smolij.  His chamber music coaches include Earl Carlyss of the Juilliard String Quartet, Andrew Jennings of the Concord String Quartet, Stephen Shipps of the Amadeus Trio, Richard Young of the Vermeer String Quartet, and members of the Peabody Trio.

Mr. Blaney has given solo violin recitals in Colorado, Maryland, Michigan, Louisiana, Nebraska, West Virginia, and soloed with several orchestras including the Louisiana Philharmonic Orchestra. His summer activities include teaching at Blue Lake Fine Art's Camp in Michigan and performing at the Britt Music Festival in Oregon. He was a member of the Louisiana Philharmonic Orchestra from 1993-96 and performed as Associate Concertmaster for the Acadiana Symphony from 1996-2005.

Mr. Blaney has appeared as a guest conductor throughout the state of Louisiana. Recent performances include the Louisiana State University Chamber Orchestra, Covington; "All Parish Orchestra," Baton Rouge; and the "String Festival," New Orleans.  He also served as conductor of the Acadiana Symphony's Young Peoples String Orchestra from 2003-2004. 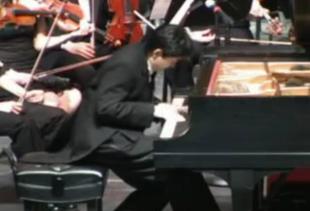 Rachmaninov, Piano Concerto No. 2, I 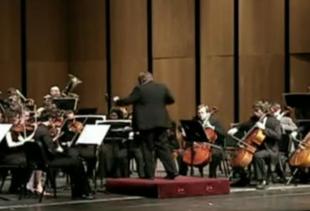 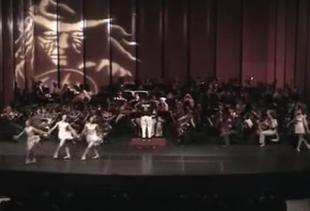