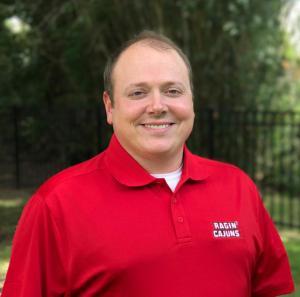 In 2016 Brett completed his Doctorate in Percussion Performance at the University of South Carolina under the tutelage of Dr. Scott Herring, where he performed as principal percussionist with the award-winning USC Wind Ensemble and USC Percussion Ensemble. He received his Master’s degree at Indiana University of Pennsylvania, and his Bachelor’s Degree in Music Education and Music Performance from Louisiana State University. He has studied with Dr. Michael Kingan, Dr. Brett Dietz, and Dr. Jack Stamp.

Active as an educator, clinician, and performer throughout the southeast, Brett served as Director of Bands at New Iberia Senior High School from 2005–2010. He has also served as a percussion consultant and clinician at numerous schools in Louisiana, Pennsylvania, and South Carolina. As a performer, his commission/recording project for marimba and electronic effect (the “Electric” Marimba) continues to add engaging works to the marimba repertoire. He has also performed as principal timpanist and percussionist with the Acadiana Symphony Orchestra, as well as section percussionist in the Baton Rouge Symphony Orchestra, the Johnstown Symphony Orchestra, Symphony Orchestra Augusta, the Acadian Wind Symphony, the Keystone Winds, and other orchestras and performing ensembles throughout the Northeast and Southeast.